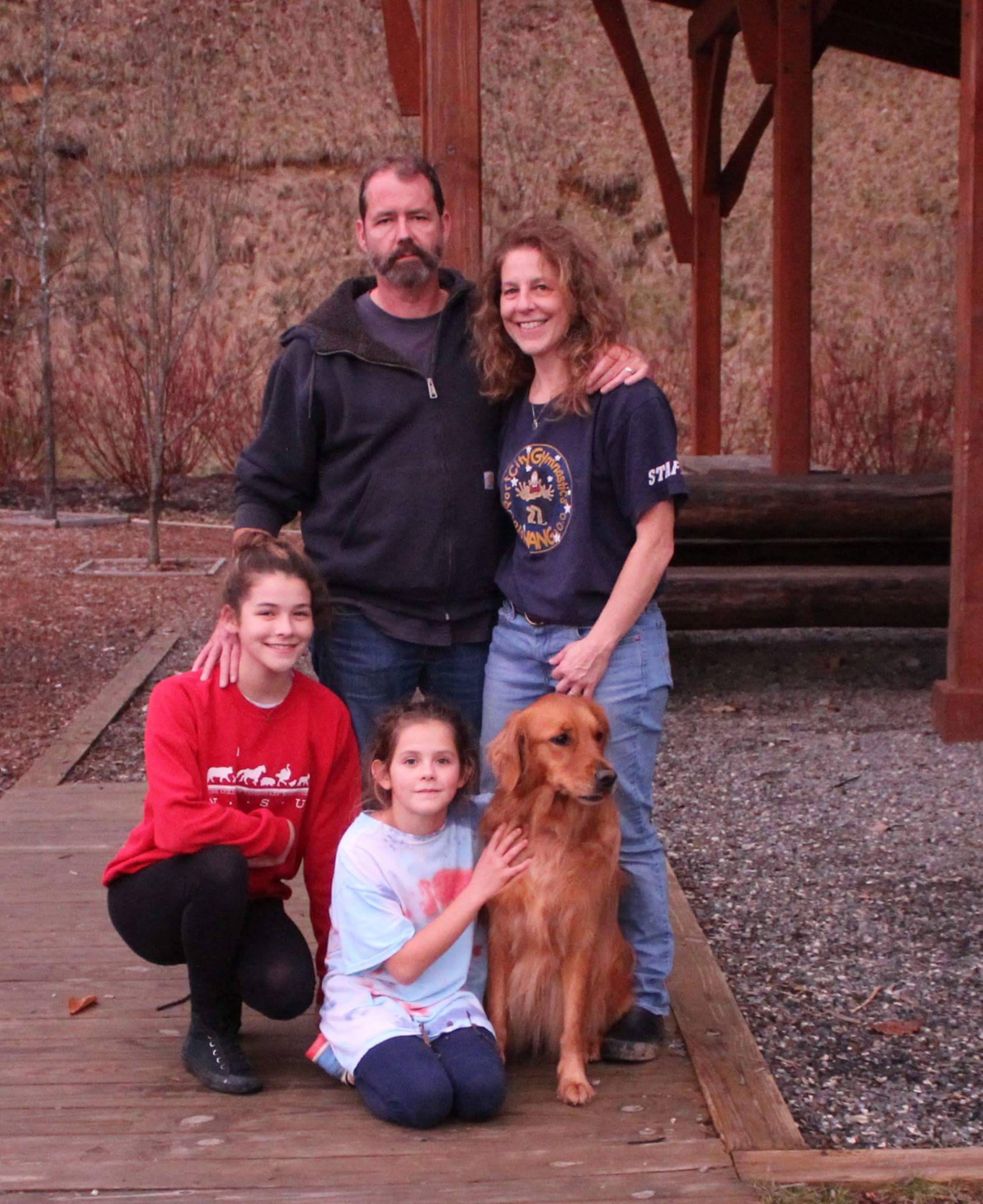 Drs. Ron and Sharon Harris opened the doors of Porters Neck Veterinary Hospital on March 15, 1999. Sharon met Ron freshman year at NC State College of Veterinary Medicine in 1991. After working for two years in Goldsboro, NC, Ron and Sharon came to Wilmington to work at the Wilmington Animal Emergency Clinic for two more years before opening in the Porters Neck Shopping Center. Five years later, the hospital was moved to its current facility.

In November 2014, Drs. Rebecca and Matt Resnick bought the practice form Drs. Ron and Sharon Harris. Rebecca was born in Hot Springs, Arkansas and moved to Wilmington in 1999, where the Harris' became close friends and mentors before her departure to North Carolina State College of Veterinary Medicine. In 2005, Rebecca received her doctorate in veterinary medicine and returned to Porters Neck Veterinary Hospital where she held an associate position for ten years.

Matthew grew up in New Rochelle, New York but attended Ross University School of Veterinary Medicine on the Caribbean island of St, Kitts where he spent three years earning his veterinary doctorate. Matthew returned to the States to complete his last clinical year of veterinary study at the to North Carolina State College of Veterinary Medicine, and it was there he met his future wife, Rebecca. Upon graduating veterinary school, he spent a year practicing as a veterinary associate in Port Jervis, New York before returning to North Carolina in 2005 to work at Wrightsville Beach Pet Hospital. Matthew worked there for ten years prior to joining the team at Porters Neck Veterinary Hospital in September 2014.

A few other doctors have joined along the way. Dr. Carrie Tatgenhorst joined Porters Neck Veterinary Hospital in September of 2020. She graduated from the University of Sydney in Sydney, Australia. Dr. Sarah Baldwin joined the practice in 2021. She is originally from Alexandria, VA. She graduated from Virginia Maryland College of Veterinary Medicine in 2017. She has practiced on a variety of veterinary species in both companion and large animal medicine.